“What is this going to teach me?” I thought. I was shivering, but lying in the operating room version of savasana, the blankets were warm. I was like a duck on the water, staying calm on the outside and managing jittery nerves underneath.

“I feel a little strange. Is it starting?”

From somewhere behind my head, I heard the anesthesiologist smile, “Yes, it is.”

“Okay! Thank you. I appreciate you guys!” And I did. This whole team had been aces from the start. I quickly pictured myself, the OR team, and all my loved ones and friends dressed in Wonder Woman style suits with long swords lining up in a vast field of open space in a show of strength.  My friend, Christiana, told me the post-operative experience is supposed to be better if you picture positive things as you are put to sleep. So I hastened the gratitude and superhero stuff. Plus, Eric — who is my rock and my heart — and I had spent the past two evenings watching kung fu movies to cement a mindset of calm, strength, precision and positive philosophy, so there’s a synergy there too.

Someone was nudging me from the right side, and then I realized I was conscious again. Surgery was done.

I have a small incision on my right breast, some stitches and some bruising. Three days ago, I had a breast lumpectomy, and I’m awaiting the pathology report. From what the surgeon said, the pending result looks very promising.

Prior to surgery, there was an ultrasound-guided core needle biopsy, other ultrasounds, diagnostic mammograms and mammograms. There was waiting time and uncertainty. There were very frustrating insurance-related phone calls.

This experience gave me the slightest, faintest glimpse into the scary and confusing paths so many family, friends and colleagues have walked — people who have had cancer diagnoses, double mastectomies, radiation, chemotherapy, reconstruction, implants, infections, removal, recovery, more uncertainty and on and on. I know that I don’t understand the magnitude of their experiences. Not even close. But my relatively small exposure to this through my personal experience has made me so much more aware of how to treat others going through something.

What did I learn? I wish, in retrospect, I’d been more inquisitive of friends and colleagues if I knew they were going through breast cancer treatments or other health challenges. I wish I’d given them the opportunity to share what they were feeling. I always erred on the side of not saying anything in the name of respecting their privacy. And while every person is different, my overall takeaway is that I wish I’d reached out more. I wish I’d engaged and supported more. I wish I’d shown more concern. My silence was out of respect, but my experience has given me new perspective. If inquiry is not wanted and privacy is preferred, the person can redirect and defer that engagement. But at least the love is shown and they are given a choice. I really felt the love from so many people through this process, led by my family, my love Eric, and my friends. Thank you. I appreciate you. UPDATE: I received a clean bill of health.

Lake Superior is his muse.

It’s the world’s largest fresh water lake by surface area at 31,700 square miles. For photographer Christian Dalbec, the lake lavishes inspiration in its ever-changing face and mood. He wakes up before dawn to take pictures and he stays up late to perfect them.

Based in Two Harbors, Minnesota, on Lake Superior’s north shore, Christian makes his photographs with a Nikon camera and insatiable curiosity. It doesn’t matter if it’s 80 degrees or -30 degrees below zero, he’s outside in the elements, in or near the water, capturing nature’s beauty. But more than that, he captures the essence of the North Shore.

You see that in the vibrant red sunsets reflecting off the water’s surface near giant ore docks. You see it in the white cliffs that have been smashed by ten-foot waves and transformed into fantastic rocky ice sculptures. You see it in the low angles of sea smoke rising off choppy waters.  And on a quiet day, serene beneath the glassy clear water, you see it in the polished agates that create the lake’s rock bottom.

But Christian hit his own rock bottom to get here. 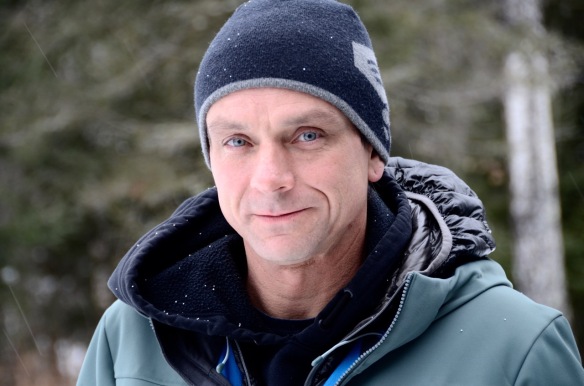 “I probably hit rock bottom all kinds of times. It was all about alcohol. All I wanted to do was drink, all the time.

There is reverence in his voice, and regret.

Christian started taking photographs in earnest in about 2011 and bought his first DSLR camera about a year before that last DUI.  But there was a flash of interest in the craft early in his life.

“I always saw things. I even remember, long before the drinking, as a kid, going out in the yard with an Instamatic and taking pictures of my sister’s kittens. I thought, ‘I’m going to be a photographer.’

“That lasted about a day.  I didn’t like the pictures, so I just gave it up right away.”

The drinking started in high school. “We used to go get booze and then go drive. That was the plan. Tell people that now…”

After high school, he continued drinking and despite working various jobs and playing in a band, there was a constant desire for alcohol.

“All I could think about was getting to the bar. It was just solid.”

Whether he was self-medicating deeper pain, he says he’s not sure. But he admits it’s possible.

“In high school, I didn’t have any self-confidence. I never really did, growing up. I remember being picked on a lot. I didn’t even want to live half the time back then. I didn’t sit there and plan suicide, but it’s like, ‘This is horrible.’” Even though school life was hard, he says his home life was good.

From high school in the 1980’s until 2011, there was a vague desire to stop drinking, but not really.

“There was trouble around every corner,” he remembers.

“I wasn’t myself. There were a lot of car accidents that I crawled out of. I don’t even know why I lived through some of them. It seems like there’s a purpose that I did.”

He tried treatment many times. He spent a weekend in jail. He went to AA meetings. He couldn’t drive. He had a month when he was required to wear a bracelet which limited his movement from home to treatment and two walks with his dog each day.

So he would walk to the water.

“I’d go out and walk around the point and make my way back twice a day, in the morning and then in the evening. It’s not that big of an area, but I found something different every day. I made that an objective to keep going to the same area to find different views.”

Christian went to treatment again, and this time he started viewing that differently too.

“I was sick and tired of being sick and tired. Just like they say. It got to the end there, and figuring if you live 80 or 100 years,  I said to myself: ‘I need to see what the other half of my life could be like. Without being tied down to all this trouble.’

“This time, when I got to treatment, I thought, ‘Something’s got to change. So I’m going to listen and do whatever I can to get out of the rut that I’m in.’

Christian says he doesn’t have a day that marks his sobriety. But sometime after that last DUI, a line was drawn in the sand: on one side was the bar and drinking and old ways. On the other side was the camera and nature and a fresh start. After 25 years of trying, he made a change.

Sometimes it takes the smallest glimmer of hope to try again. To fall seven times and rise eight, as the saying goes. Even after years of trying unsuccessfully, you try once more, and that is when you succeed. Like the lotus rising up through mud, it’s the never giving up that produces the flower.

Christian took photography classes and started asking more questions of photographers he knew. He had an eye for good photo composition, but he needed to learn how to manipulate the camera to create his desired effect.  While on a field assignment one day, he remembers saying to photographer John Gregor of Coldsnap Photography: “Hey, I want to know how to put the camera on M and for the water to blur.”

He learned fast, and now shoots everything on M (manual).  His technical knowledge of his camera’s capabilities has become automatic.

He can lose himself in the creative process now that his technical skills are second nature.

When asked to describe the feeling photography gives him, Christian’s eyes light up.

“I just really love it. I don’t have time for drinking or the bar or TV so much either. Something really good happens. An eagle. The right wave. I didn’t grow up super religious, but I still believe in God. Now it’s just like, ‘Thank you, God.’ It feels like a blessing. It seems like God’s shown me things of why I’m here now.”

Now, rather than trouble around every corner, Christian says he finds inspiration there.  His outlook has changed and along with it so has his relationship with the world.

“It’s a 180. I mean, I’m still me. I’ve probably still got bad traits. But all in all, I’m a way better person. And I see more in other people. I just appreciate life more than I ever did. I’m seeing the world. The world right here, right outside. I’m awake. It seems like I was in a coma all those years.”

He owns and operates Christian Dalbec Photography. He makes his living shooting photographs of nature that awe his ever-growing legion of fans. He shares his work online through his website by the same name and his accounts on Facebook and Instagram.  He’s still trying to get used to the attention his photography brings and the second chance it has given him.

“I don’t set a clock. I get up early, around 4am or 5am. It seems like I’m not getting up early enough. I used to want to sleep until noon. But, man, I was wasting life away.”

Looking around the room at walls filled with enlarged images of his photography, he says, “I really regret all the years I could have been doing something like this…

Now, there is self-acceptance in his voice. And peace. 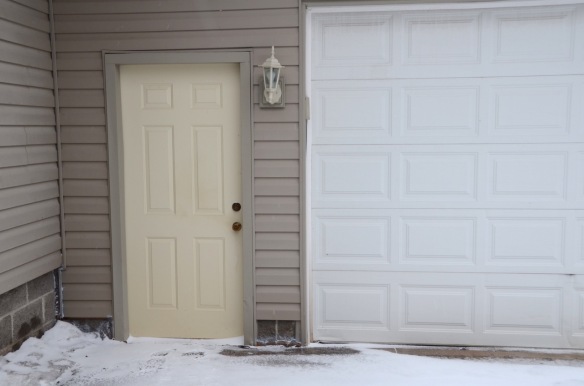